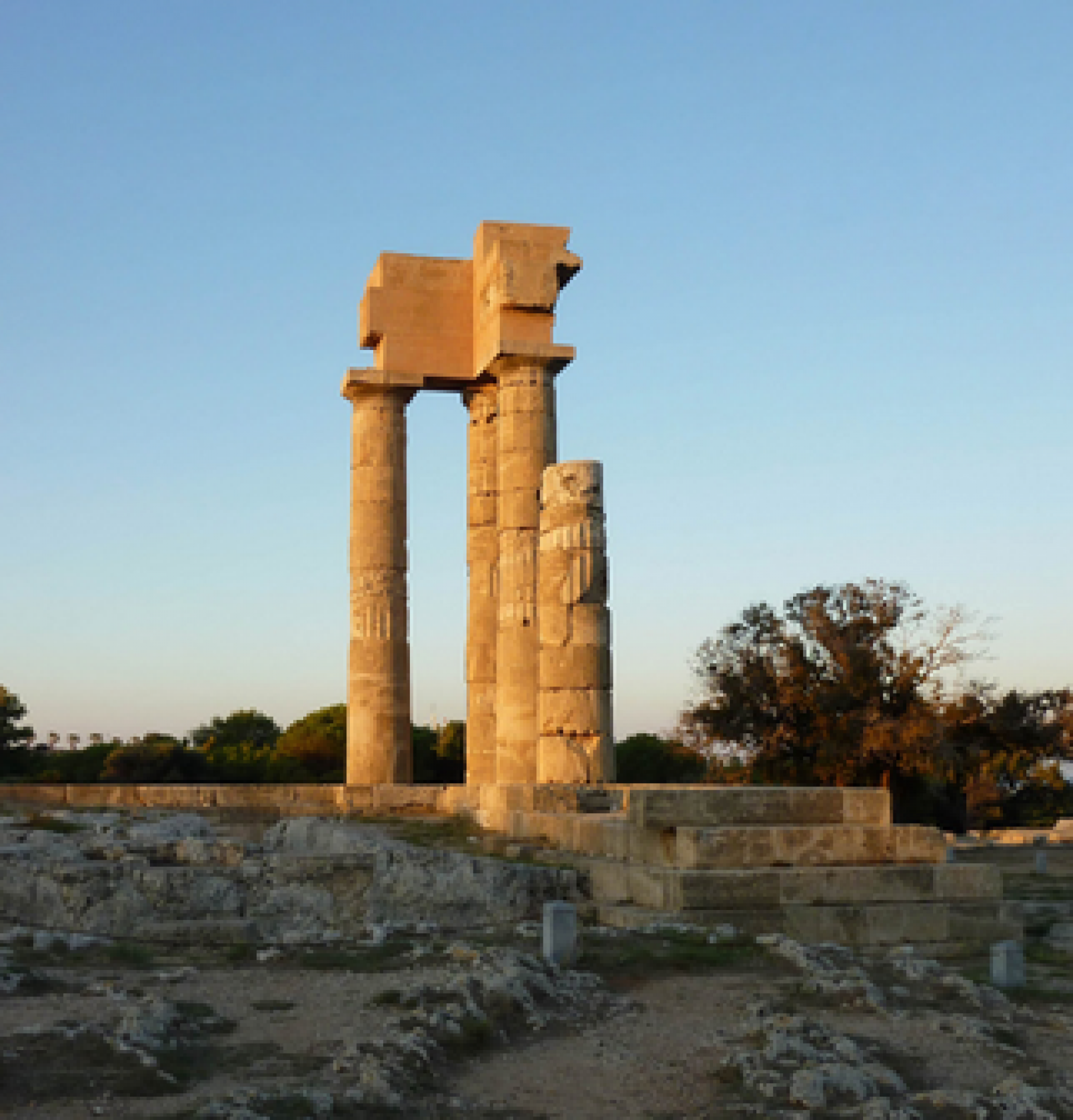 The Acropolis of Rhodes is considered as one of the finest specimens of the Hellenic architecture that has blended beautifully with the existing environment. The Temple of Athena Polias and Zeus Polieus, Nymphaia, Odeon, Temple of Pythian Apollo, Stadium and Gymnasium are just some of the monuments that have been discovered by archeologists in this area.

Today, the remains of the Temple of Athena and Zeus are consisted of four massive column drums with Doric architecture. Because of its placement on the top of a mountain it offers the chance of enjoying a breathtaking view of the western part of the island to every visitor. Next, it appears that the 600 feet in length Stadium is the best preserved monument. It had been excavated by Italians during their rule of the island.

During summer, it is also used as a concert venue because of its capacity and good acoustic. It is highly recommended to all visitors that they carry with them a photography camera.