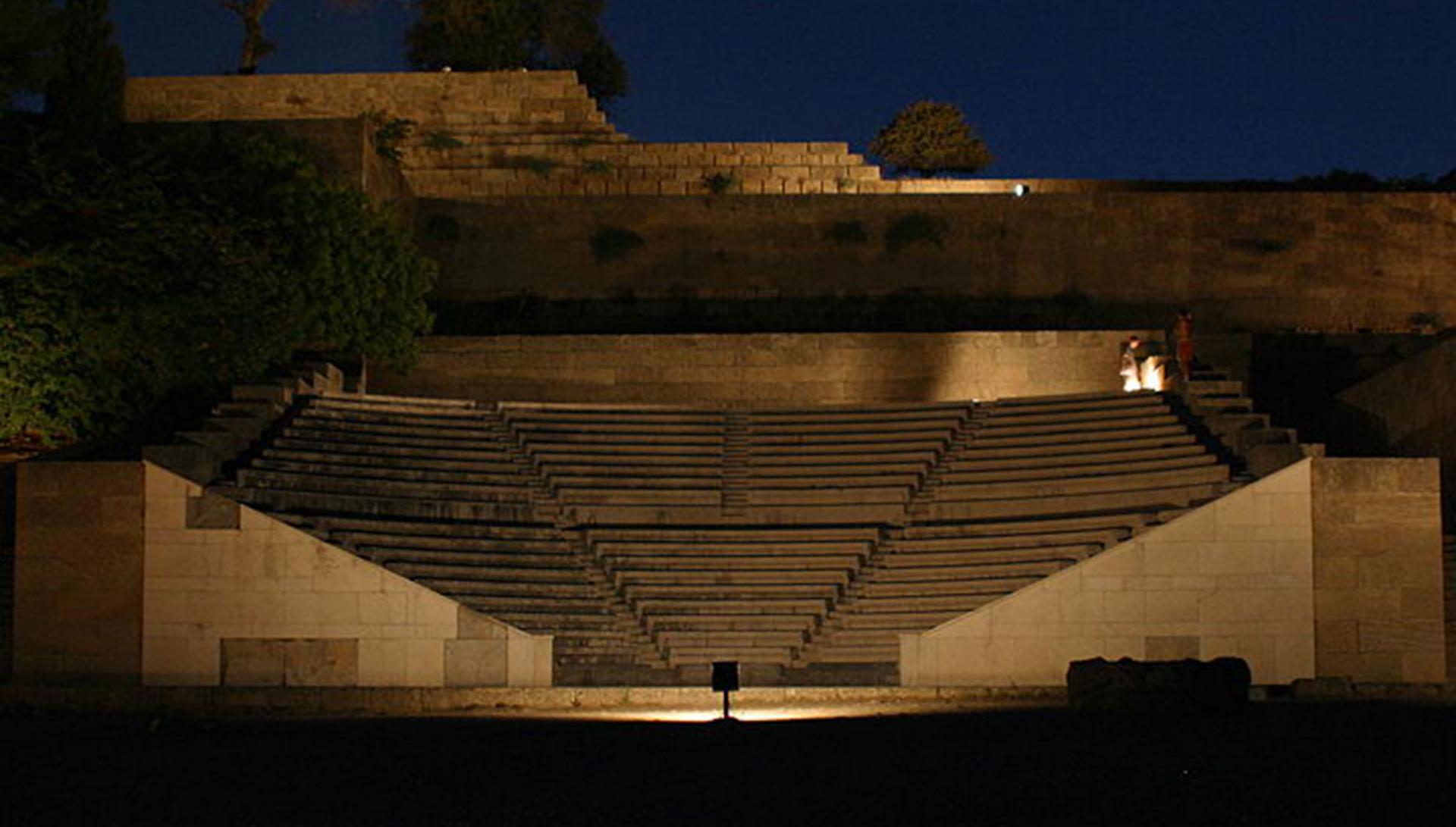 Located on the southeast side of the hill, the 210-metre north-south Stadium was initially restored by the Italians. It's surviving features include the sphendone (rounded end with turning post), proedries (officials' seats), and some of the spectator seating. The starting apparatus used in the athletic events has also been preserved. Athletic events of the Haleion Games, honoring Helios, were held here.