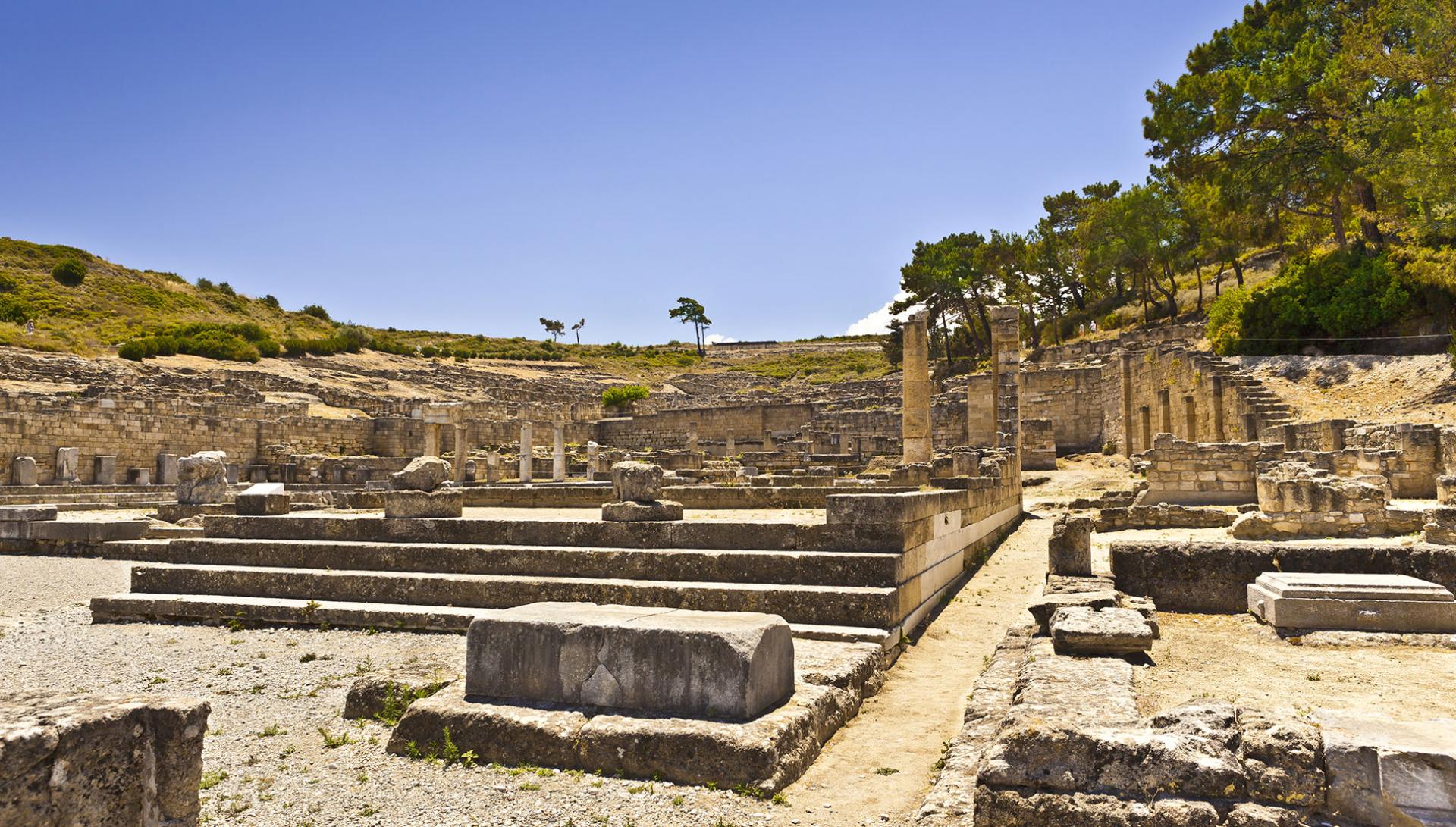 An amazing area that travels you into the ancient Greek world. A Hellenistic city built on three levels that have been destroyed since 142 BC by an earthquake. An amazing area that travels you to the ancient Greek world. Even the ruins are impressive as they are still structuring the old and whole version of the Ancient Kamiros.

The magnificent 3.500 year old water systems have been discovered underground. The archeological site includes the Acropolis and Precinct of Athena Kameiras, the Four-sided Hellenistic Altar, the Hellenistic temple, the Fountain-house, the Agora and the Peribolos of the Altars. All these create the admirable site of Ancient Kamiros.